Mike grew up in Montgomery, AL where he started playing Steel Guitar in his Dad’s band at age 15. At age 19, he moved to Nashville, TN to work with Mel Street. When Mel died, Mike went to work with Jack Greene & Jeannie Seely. He then took a job with Bill Anderson and was affiliated with Bill’s organization for over 15 years.

Shortly after The Nashville Network came to cable TV, Mike became The Music Director and The Steel Guitar Player for the show “You Can Be A Star”. During his 13 years with TNN, he served in the same capacity for 3 other shows; “Play It Again Nashville”, “Be A Star”, and “The Charlie Daniels Talent Roundup”. He also wrote and produced “theme songs” for several TNN shows including, “Fandango”, “Top Card”, “American Magazine” and “The Mesquite Rodeo”. During the years of touring with Bill Anderson and working with TNN, Mike produced and played on 6 albums for Bill. He had played on a number of recording sessions and in September of 1996, he made the decision to take on session work “full time”. This decision proved to be a good move.

Mike is currently and has been the Music Director & Steel Guitarist for the RFD-TV show, “Country’s Family Reunion” since 1997. He has also played on recordings for the ABC TV series, “Nashville”.

“Music Row Magazine” honors the Studio Musicians who have played on the Top Records each year and Mike has consistently been on that list since 1998. Mike is a member of The Alabama Steel Guitar Hall of Fame and The Nebraska Country Music Hall of Fame.

In addition to Mike’s current session work, he is also touring with Reba McEntire. 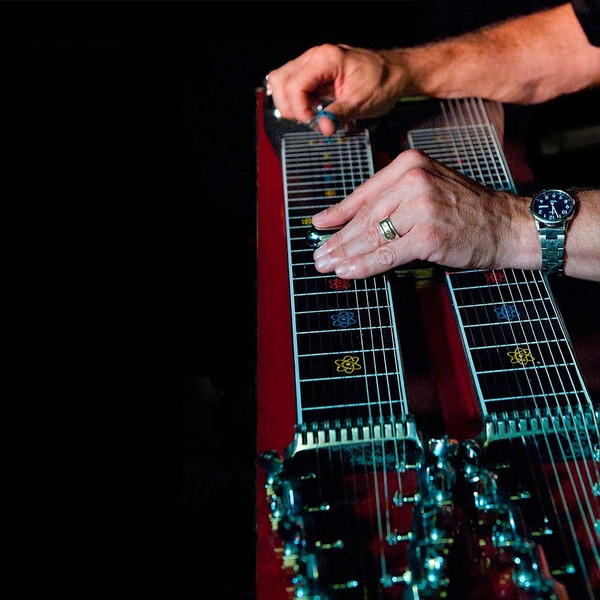