Back in 2006, Jimmy Melton, Kevin 'Swine' Grantt and I went to Alabama to play a show for Roger Murrah. That afternoon during soundcheck, Jimmy started pulling out some old country tunes that we all grew up listening to and playing. We were having such a blast playing them that we came to one conclusion: we need to put together a band that plays this country music! Such is the beginning of 45 RPM.

Our good friend Cyndi Forman, who is Senior VP, A&R at Universal Music Publishing Group, also loves traditional country music and played a big part in helping us put things in motion. We started playing Douglas Corner, a historic club/showcase room in Nashville and we played there for a number of years. We hosted tribute nights, bringing in Connie Smith, Norro Wilson, Garth Fundis, and Sonny Throckmorton. We could always count on country music icons dropping by to sit in with us. Some of those included Gene Watson, Jamey Johnson, Tanya Tucker, Matraca Berg, Jon Pardi, Eddie Montgomery and the list goes on and on! We've even played some private shows and music industry parties where folks like Brad Paisley, Chris Stapleton, Alison Krauss and Radney Foster got up and sang and picked with us.

Our time at Douglas Corner was great, but we felt like it had run its course. Some of the members from the original band weren’t able to play with us anymore. Kevin had to bow out due to his wife’s illness and Hank Singer had moved to Texas. We weren’t sure that we would even continue 45 RPM. That’s when I got a call from Ann Soyars. She was booking The Station Inn, a world famous venue known for its bluegrass music. She told me their 'country band', The Time Jumpers were moving to a different venue and asked if we would be interested in bringing our band to The Station Inn. It was an honor to get the call, and I told her we would love to! The Station Inn, being more of a listening room, inspired us to revamp a few things, do some rehearsing, put our own arrangements to some of these classic songs, and we've been playing there since 2013.

On any given night, you might see Joe Nichols or Martina McBride, along with our friends from 'Country's Family Reunion' and 'Larry's Country Diner', Teea Goans, Mo Pitney, Linda Davis or Ben Hall. We always look forward to our super talented friend, Rhonda Vincent coming by to sing a tune or two. A 45 RPM show is a gathering place for music industry folks and fellow musicians as well as traditional country music lovers from around the world.

45 RPM consists of some of the finest studio musicians, producers and most incredible singers and songwriters in the world. Our band is all about the great old songs. We pay tribute to the integrity of the records that we all love so much and also add the '45 RPM' touch to them. We try to make every song interesting, both vocally and musically. We make our living playing, singing, writing, producing and engineering a variety of music, but with all our hearts, we still love playing this timeless country music.

On behalf of 45 RPM, we want to say thank you to all who have supported us over the years.

Keep up with the 45 RPM Band on their facebook page: @45rpmnashville 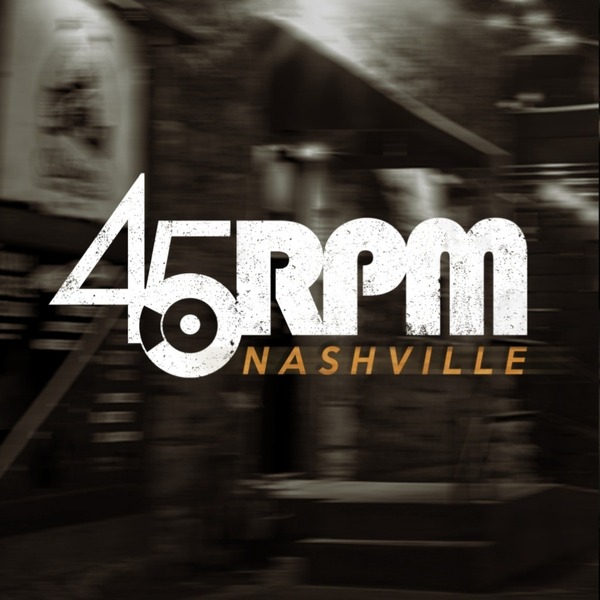 An incredible group of Nashville’s finest Studio Musicians, Singers and Writers playing Country Music from the 60’s, 70’s & 80’s. Honoring the integrity of the old songs, the band adds a freshness that we know you will love. Incredible vocals and great solos by every member of the band! This is a “must have CD” if you love real country music at it’s finest!

Jimmy is a Fantastic Singer, a world class Banjo player and has written songs for artists such as: Hank Jr, Kenny Rogers, Merle Haggard, George Jones, Willie Nelson, Gene Watson, Reba McEntire, Trace Adkins and many, many others. He is an encyclopedia of country music and being the front man for the band, he can share some history on every song we do. His humor makes every show “A Bunch of Fun” for everyone! He also has his own bluegrass record deal with Voxhall Records. What a true blessing to have him sing, play and front the 45 RPM band.

Mike comes from a long history of Country Music. His and Mark’s dad, Bob Johnson was a DJ on WMGY Radio in Montgomery, AL in the 60’s. Mike came to town in 1976 to play with Mel Street. He later worked for Bill Anderson for many years, including working with Bill as Music Director on RFDTV’s Country’s Family Reunion. He has won the “Music Row Magazine Musician's Award”, he is a 4 time winner of the “ACM Steel Player Of The Year Award” and has recorded with artists ranging from Jason Aldean & Carrie Underwood to Willie Nelson, Merle Haggard & George Strait. He loves to play with 45 RPM and is passionate about this era of country music.

Joanie sings with the pureness of artists like Tammy Wynette, Dottie West and Emmylou Harris. Shortly after moving to Nashville, she landed a record deal with Broken Bow Records. She was determined to sing traditional country music but with music taking a more progressive approach in 2000, she was 'Too Country' for Country Radio. She continued writing for BBR and has had cuts in the bluegrass field. Joanie is from Nebraska and along with her Dad, Bob Haberer, and their family band, is in the Nebraska Country Music Hall of Fame. She is incredibly talented and a priceless addition to 45 RPM.

Mark came to town in 1977 to work with Mel Street. He played bass with Kitty Wells, Bill Anderson, Aaron Tippin, Tracy Lawrence, Craig Morgan, Doug Stone, Daryle Singletary, Kevin Denney and the legendary Don Williams. He is also a great songwriter, having songs recorded by artists such as Aaron Tippin, Jeff Bates, Tate Stevens & Larry Stewart. Most recently, he won both a Grammy and a Dove Award on a song recorded by Reba McEntire. Mark has also written songs for TV and movies. He is a power-house singer and musician and he brings 'a load of talent' to 45 RPM!

This Columbus Indiana Super Picker is one of Nashville’s Treasured Legends! He has recorded on some of the biggest records to come out of this town. Artists like: George Strait, Merle Haggard, Reba McEntire, Vern Gosdin, Gene Watson, Moe Bandy, George Hamilton IV, and The Swing Shift Band. And folks, that just scratches the surface! He played on Merle’s original “You Take Me For Granted”. It’s an honor to have him play on our version too. He’s has an incredible amount of musical knowledge that the band takes full advantage of. He is the band’s Hero and I know you will love what he plays on this 45 RPM Project.

Joe is one of the best fiddle players in the world and a member of “The National Fiddler Hall of Fame”. He comes from Shreveport LA, where he was the Music Director for the famous “Louisiana Hay Ride”. Playing many years with John Anderson, he now plays with the World Famous Time Jumpers. He has recorded with some of the biggest artists in Country Music. Such as, Shania Twain, Kris Kristofferson, Jamey Johnson, Loretta Lynn, Tracy Lawrence, Luke Bryan, Clay Walker and a ton of others! It’s very obvious when watching and listening to 45 RPM that Joe loves this music and this band. The Band feels so very fortunate to have him.

Dirk came to town at 17, touring and playing on his first two #1 records with the gospel group, The Hinsons. He played on all of their records from then on and produced the last album before Kenny Hinson’s passing. He then toured with T.G. Shepard & Bill Anderson. After doing the TNN Show “You Can Be A Star” he started doing sessions full time. Dirk has recorded with Alan Jackson, Dolly Parton, Keith Whitley and many other great artists. He has played on and produced the last 6 Gene Watson albums. He was inducted into the “2000 International Country Gospel Music Hall of Fame” and has also been awarded the “Instrumentalist & Musician of the Year” five times. The incredible piano work heard on 'Country's Family Reunion' is Dirk Johnson!

Brent’s grandfather, Wayne Rader, owned and managed the Ocean Opry in Panama City, FL. Brent, along with his entire family, was a part of the Ocean Opry staff band, backing many of the Grand Ole Opry legends. He came to Nashville and quickly began touring with major acts including Jo Dee Messina and Colin Raye. He's not only a fantastic singer, but he plays almost any instrument you put in his hands incredibly well! He is becoming one of Nashville’s premier producers, doing projects on artists like, Joe Nichols, Billy Dean and the Frontmen consisting of Larry Stewart, Richie McDonald and Tim Rushlow. Brent has been a member of the CMA Awards Show staff band the past 3 years. He is an Incredible talent and a tremendous asset to the 45 RPM Band!